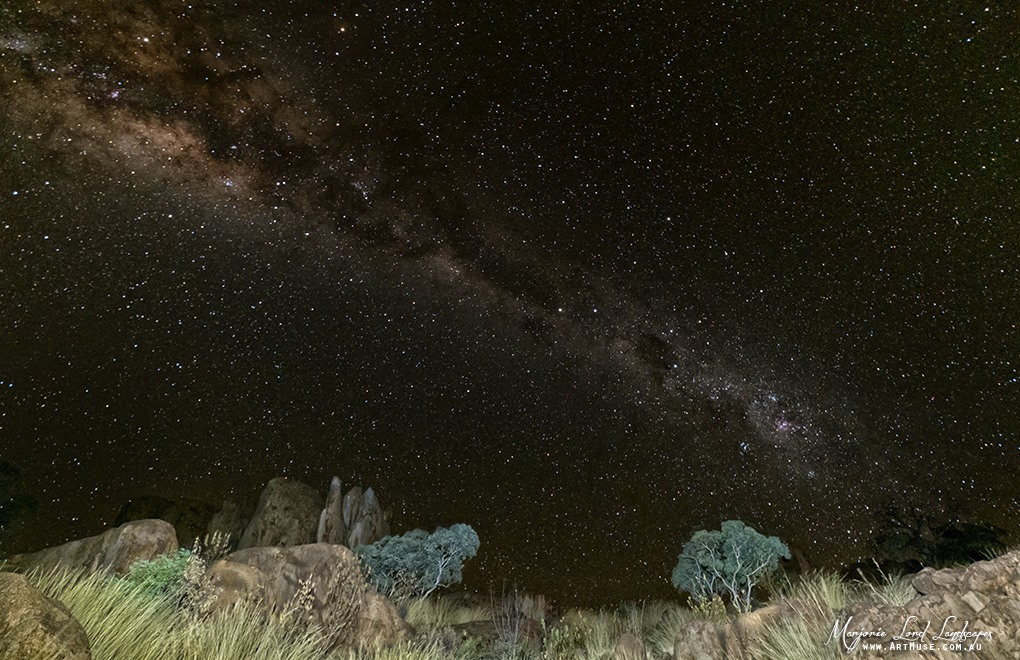 Have you looked up into the night sky recently and talked to the stars? 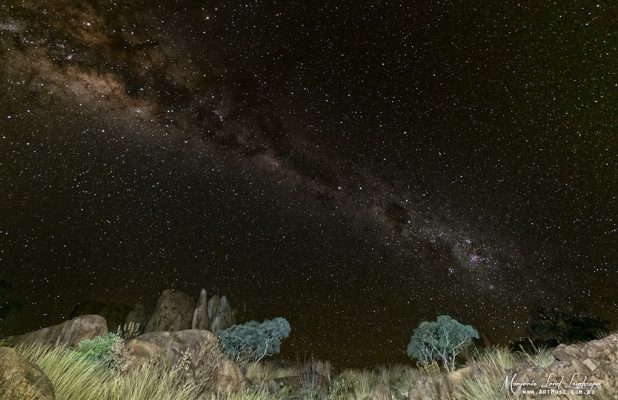 I ventured out with my husband ( the cook and driver) to capture the amazing Granite boulders as they appeared to be reaching up into the night sky to talk to the dazzling array of stars. It was such an amazing night ever so still with only a slight hint of a chilly winter breeze undulating through the rock formations. This serene moment was however overpowered with biting bugs when the torch was lit so I could see my camera buttons. My wide angle Fujifilm 10-24mm Fujinon lens with f/4 aperture lens was not really fast enough to do Milky Way photography , but it was all I had to hand so I made the most it and went about capturing the dazzling evening stars.  On a side note I really love the Fujifilm 10 – 24mm it is probably my favourite one.

I love the boulders of the Mount Isa Region , very strong yet sensual!!! Hmm if a rock could be sensual- well I think they are , there is something quite delicious about them.  I was amazed considering how incredibly still the night was at just how much dust covered all my equipment and me. I felt incredibly grimy by the end of the night after the shoot as I woke up my husband up who was snoring soundly away in his swag on the red desert sands. So at about 2 am in the morning we packed up camp, gathered Rusty Puggles and he drove us back home to what seemed another civilization. It was incredibly nice to enter into a piping hot shower after such a freezing cold dusty night and to feel clean and fresh once again. How nice it was to flop onto our warm bed falling sound asleep leaving the Stars and Boulders to their chatter.

This 2018 year when the Milky Way comes into season again around May to September, I will aim to travel out bush once again but this time with a much faster lens to capture these grand red boulders as they have their yearly conversation with the stars above, I do hope they allow me join in.

Category: The Stories
About

Is an artist based at Flaxton on the Sunshine Coast of Queensland, Australia.